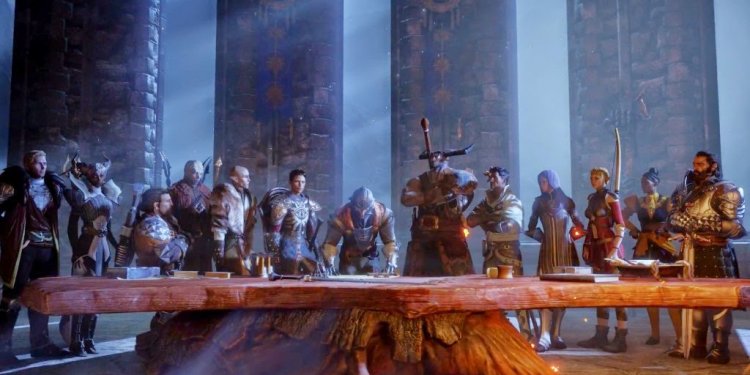 Dragon Age Inquisition What we know


Today's statement from BioWare, guaranteeing and naming Dragon Age III: Inquisition, came with startlingly small other development about the game. We have known—or at least suspected—for many months given that it was in manufacturing, but to date we have seen next to nothing formal about any of it.

But that which we have observed, from story whilst's evolved through novels and comics, towards the tidbits about gameplay and design which have dribbled from community forums plus panels, begins to total up to a fairly powerful picture of what Dragon Age III might-be about. Just what exactly do we understand about today's huge announcement—and what is ongoing around the edges, weirdly unsaid?

Things We Do Know

The "inquisition" into the name definitely generally seems to point to the continued involvement regarding the hunters of reality, the branch of this Chantry that research internal affairs. And yet others out there have pieced together the relevant bits of lore from both Dragon Age games to unearth the history of the Inquisition in Thedas. It was a reign of terror, coincident with the very first Blight. The field of Dragon Age has always appeared to relocate cycles, and people's horror to man may undoubtedly function as the pattern the third online game locates it self recording.