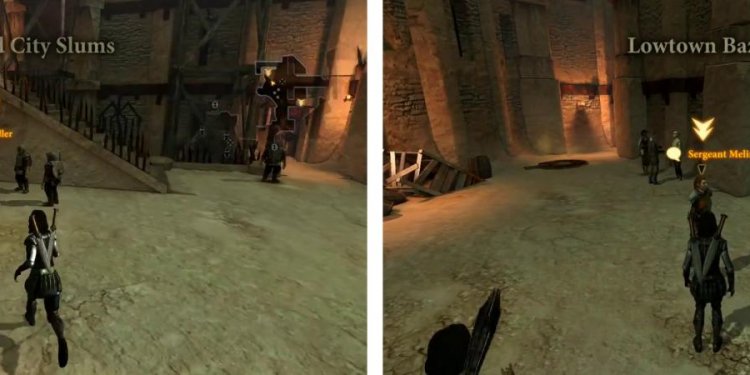 The Conspirators is an Act 1 side quest in .

This quest comes in Lowtown in the day from Sergeant Joanna, which stands just south associated with Hanged Man. She is providing a bounty for four nobles who fled Ferelden after a failed conspiracy attempt involving the Warden-Commander in Amaranthine. Hawke can turn the bounty in while they discover nobles, or all at a time.

Note: This quest is just readily available in the event that you imported an Awakening save in which the Warden defended Vigil's maintain and allowed Amaranthine become damaged, or you used the "No Compromises" pre-built history.

Bug! If, in Awakening, you saved before deciding whether to defend the Keep or the City, then used that save to first defend one and then restart to defend the other, then using that game as your history import will allow you to play both this mission and Secret Rendezvous.