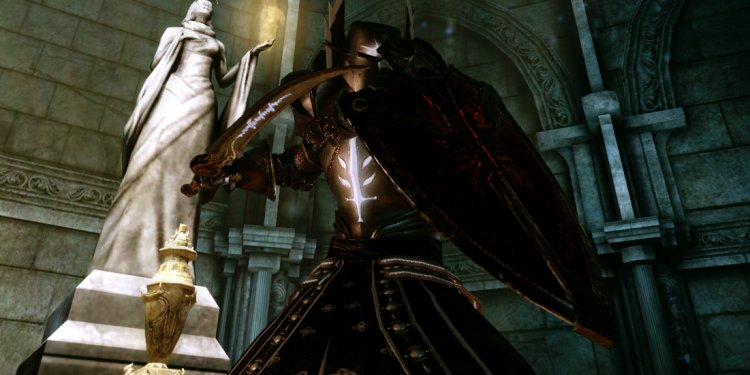 Templar Armor is a huge chestpiece in .

There's a bug with the Templar Armor for an elven female Warden, which makes the armor look backwards.