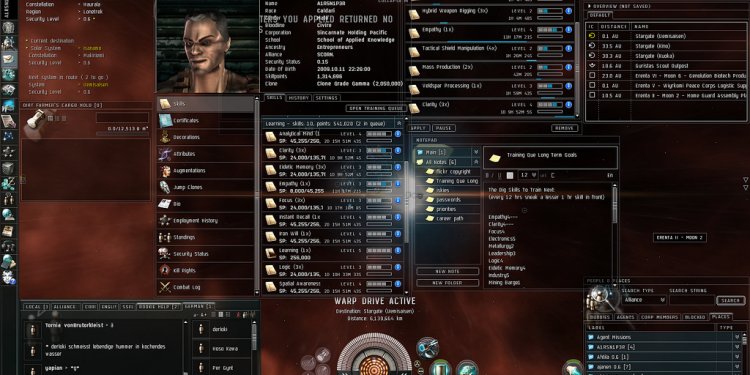 Yesterday, I completed Dragon Age: Inquisition. By "finished, " I mean that we played the ultimate story mission and viewed the credits roll. Dealing with that point took me 85 hours, but I however never sense completed with the video game.

First things very first: if you should be reading this, you're probably wondering if Dragon Age: Inquisition is worthwhile. Well, could it be? Yes, its good. Great, also. Is it a lot better than Dragon Age 2? Yes, and in fact it feels like a borderline-hilarious overcorrection for every single one of that game's faults. Can it be better than Dragon Age: Origins? That's probably more up for discussion, but I'd state I like it. Quick variation: this video game is pretty awesome. Individuals are going to think it’s great.

That said, i am perhaps not prepared review Inquisition at this time. We have a great deal to state about it, but there's still more that I want to explore. There is my second playthrough on PC, which stars an alternate character making different choices. There's the overall game's fun-looking multiplayer. There's the combat system, that we liked sufficiently on normal difficulty but that we haven't truly had a chance to stress-test. There are every one of the choices i really could've made differently, and my ongoing questions about exactly how much those various decisions really will have altered my general knowledge. And there's the fact the retail PS4 version I played had plenty of pests, a few of that ought to be fixed eventually when it comes to game's launch in a few days, others of which I suspect will linger. (Note: Jason experienced a great number of pests on PS4 as well, though Stephen is playing it on Xbox One and contains had a smooth go of it in the first several hours of play time.)

We'll possess some various other articles associated with the game through to your website on the coming few days, and will upload a complete analysis before the online game launches in a few days. For the present time, it's time for a listing of things! A list of things about Dragon Age: Inquisition.

1. It Pretty Sure Is A Fantasy RPG

Dragon Age: Inquisition is a fantasy role-playing game. Which means: You get to make a character, choose his/her competition and course, and role-play your way through a whole bunch of cool fantasy adventures involving miracle and elves and dwarves and dragons. You will make friends with a bunch of neat followers on the way, get to know and love all of them, and make some difficult choices at important junctures in tale.

Developer BioWare has been doing this for quite some time now, and Inquisition is certainly not an endeavor to re-invent their wheel — rather, it is like a concerted work to expand and fine-tune it. The PR products accompanying the review copies we had been sent informed us that "here is the Dragon Age game we have actually always wished to make at BioWare." That feels about correct: Inquisition feels as though a brand new checkpoint not just for Dragon Age series, but regarding the entire "eliminate, Companions, and discussion" thing BioWare's been trying out for longer than 10 years today.

It's difficult to explore the scale of Dragon Age: Inquisition without A) getting hyperbolic and B) invoking Skyrim. This video game is huge. It really is broken into individual regions that are unlocked while you go and that can be checked out from online game's globe map. 1st location you unlock, The Hinterlands, is really big that we spent 1st four to five hours thinking it'd end up being the main area of the online game.

Nope. Ends up, there are seven (!!) other similar regions when you look at the online game (plus various other smaller ones), and every one is distinctive from the others. There's a sprawling desert, a lush Elven forest, a rain-battered shoreline, war-torn flatlands, a haunted swamp, a mysterious oasis, and much more. You are able to explore as you wish among the greater amount of constrained, scripted tale missions.

All these areas takes many hours to totally explore and "clear, " and I also do not have doubt there are a good amount of secrets I've missed. Addititionally there is a labyrinthine home-base that is therefore huge and full of stuff to accomplish this I nevertheless get lost while exploring. Fifty hours into the game, i came across a pleasant courtyard that I'dn't even realised I possessed, that includes some figures to talk to and a yard for planting herbs. Fifty hours in!

I'm sure that over the following few days, you'll see numerous evaluations between Dragon Age and Bethesda's sprawling open-world RPG Skyrim, which is gaming's current standard-bearer for "a truly big role-playing online game." Those reviews aren't misguided. While I can't say for many that Inquisition actually contains more square mileage than Skyrim, it certainly feels like it does, many thanks mainly to just how diverse the different places are. BioWare's game also seems bigger because each part you go to continues to be just a little sliver regarding the rest of the globe, and even though that "small" sliver is huge.

So, Inquisition's segmented zones make the entire online game feel grander than it would experienced it been a right open-world online game. You'll spend one hour in wilderness of western Orlais, after that an hour or so within the swamps of southern Ferelden. In Skyrim, your wanderings tend to be constrained to at least one monster landmass, which paradoxically simply leaves the video game feeling smaller compared.

Inquisition's size goes beyond acreage, too: there is an overwhelming level of things you can do within game. I've seen numerous men and women concerned that we now have way too many busywork "go here to get 10 of these" quests in Inquisition. While those sorts of quests do exist (and appear pretty recommended), they truly are quickly overshadowed because of the game's myriad of more-interesting diversions. Explore this time-frozen battleground, to check out if you can discover what took place there. Check out your Inquisition's war-table to dispatch your forces and unlock new regions, or resolve issues for small characters. Utilize hand-drawn maps to scour the wilderness for a concealed Dwarven damage full of powerful relics. Resolve constellation puzzles in each location to triangulate and unlock a treasure area. Go giant-hunting, or challenge and beat a trio of exceptionally dangerous dragons. Start a dam and venture into the caverns beneath a lake to close an underwater demon rift. Survive the guardians of a hidden Elven harm and re-forge a legendary blade. As well as on, and on, as well as on.