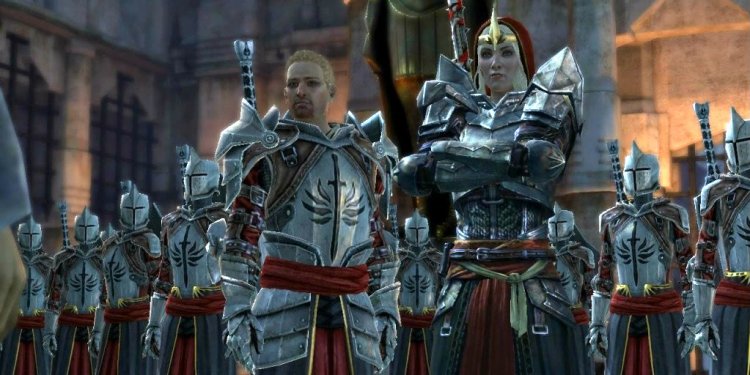 Legion for the Dead

"Yes, rock's greetings friend
You certainly will battle ceaselessly in
The Legion of this Dead."
-Motto associated with the Legion regarding the Dead. The Legion allows all.

And so I ended up being told by among Legionnaires himself, a dwarf which waited quietly at the entry to your Deep Roads throughout his unit to put together. They collected slowly, each loaded with heavy armor and good weapons, each painted with grim tattoos used at their funerals the night earlier.

For that is the nature associated with the Legion. They all are dead. Any dwarf may get in on the Legion, provided that he is willing to stop trying every little thing he has got. The funeral rites tend to be somber: one last goodbye is said to family members and family, any product items tend to be dispersed to heirs and last terms are said, and it is done. The newest Legionnaire marches out to the Deep roadways, to never return. The Legion fights contrary to the darkspawn into final, hitting one final blow resistant to the monsters that have claimed so much of these homeland.

Numerous join the Legion to clear the slate. Crooks join to prevent discipline. The dishonored join to ensure their homes and households needn't suffer for the kids. The bankrupted join so their debts could be forgiven. An extremely few join for a last opportunity at fame, nevertheless the Legion takes them too.

This team hopes to reach the fabled fortress of Bownammar, once the Legion's house, from the biggest of the Paragons. Bownammar is a holy place, its reduction the very last great blow against the dwarven kingdoms, and its own recapture will be a glorious sign to all or any of Orzammar. But capture it or no, most of these warriors will die into the Deep Roads. Its a sobering idea, and I also today know the reason why the dwarves say the Legion's fee may be the battleground's many scary sight. They've absolutely nothing kept to lose.