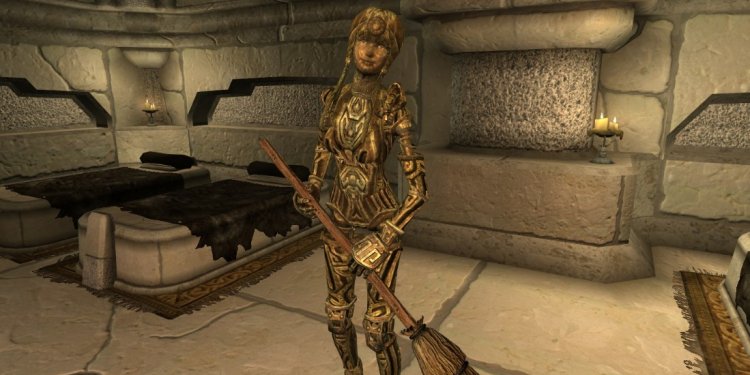 This interesting side quest isn't necessarily mandatory, but the end result is advantageous to you, so you should do your very best to undertake it if you are at all able. It's one of only two side quests available when you first reach Redcliffe (other than side quests that happen to involve a person from Redcliffe, mostly in terms of the Irregulars). Go to the home of the town's blacksmith, a portly man named Owen. During the course of the main quest, you'll have to convince him to stop drinking and to help the villagers repair their broken weapons and armor before nightfall, so that they're better prepared to deal with the violent undead hordes from the castle. If you pick his brain after convincing him to help, he'll tell you about his missing daughter, a servant in Redcliffe Castle. Agree to investigate her disappearance and bring her back, and this side quest will be added to your list.

When you finally get into the castle after successfully holding off the undead horde the previous evening, you'll have to first traverse the castle's basement. You'll then find yourself on the castle's main floor, where you'll find the blacksmith's daughter, a young woman named Valena. She can be found at the far end of the main floor from where you enter, in a small pantry. She's hiding, so far successfully, from the evil cretins that have taken over the castle. Speak with her and let her know that you know Owen. She'll be happy that he's okay. You can then tell her to leave the castle, and head back towards the village. Now we only have a third of the side quest left to take care of.

After you've, one way or another, solved Castle Redcliffe's problems, you'll be free to move on with your main quest. But don't be too quick about that, yet. Instead, head back to Redcliffe Village, and visit Owen the blacksmith once more. He'll be extremely, extremely thankful to you for fulfilling your end of the bargain, and ensuring that his daughter made it safely out of the occupied castle and back to him. And for that, he hands over a powerful suit of armor that you'll be most thankful to have. And just like that, this side quest comes to an end.