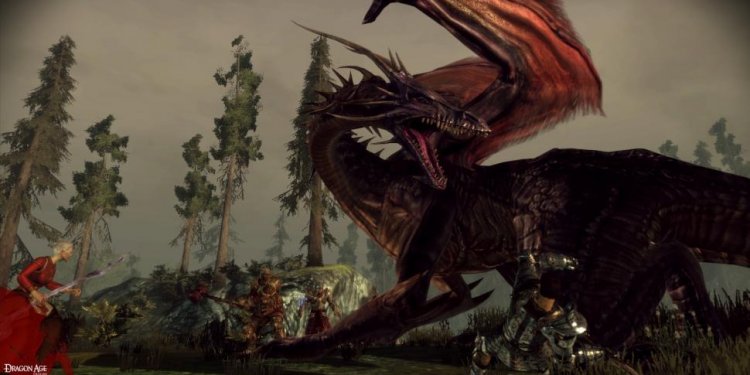 
At some point today, BioWare will drop a sport-sized band-aid when it comes to Computer form of Dragon Age: Origins and its particular development Awakening, repairing many big and tiny issues. The notes declare that the studio's emphasis has-been on Awakening, since it seeks to address the many minor compatibility issues brought upon by plopping an old character to the new content.

Therefore, what exactly is becoming fixed? Such things as analytical signs, sound bugs, memory leakages, pickpocketing woes, as well as feared consent issues. DLC-based transport issues, like broken bloodstream talents and equipment oddities, may also be becoming addressed in addition to general transport dilemmas just like the "Legacy tattoo asset don't use!" message (!!!) that showed up on some transported figures' faces.


Not all the known issues are now being dealt with. Rivaling how big the fixes published on the online game's official message board tend to be a listing of recognized conditions that can't just be slapped with an instant fix, because this same plot will be used for the xbox 360 console and PS3 variations for the games. Those versions associated with patches, incidentally, come in certification now.
You can view the plot records on your own, but I'd like note most important that BioWare will not be in a position to fix the Awakening-based Sentinel Armors & Vigilance Sword errors, as well as the Blackblade Armor fall dilemmas, due to DLC dimensions restrictions and all that associated technical ballyhoo. In the event that you really want to hash out of the previous whoopsie, however, it is possible to temporarily delete the Warden's Keep DLC.
Source: www.giantbomb.com